Plan to Spray Insecticide on 30,000 Acres of Wildlife Habitat on Public Lands to Increase Forage for Private Livestock 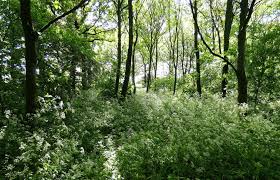 The U.S. Department of Agriculture's Animal and Plant Health Inspection Service (APHIS) is currently accepting bids under their “Grasshopper and Mormon Cricket Program” to spray insecticide by aircraft across 30,000 acres of public lands in Oregon. This action is being done with the aim of controlling “outbreaks” of native grasshoppers and crickets that compete with livestock for forage.

Portions of the project area include protected Wilderness Study Areas and are located near recreational and biodiversity hotspots such as Steens Mountain, the Alvord Desert and the Pueblo Mountains.

“It’s horrifying that the government sprays insecticides from aircraft across the public lands of the West,” said Adam Bronstein, Oregon/Nevada Director of Western Watersheds Project. “They are poisoning the food of grassland birds, including imperiled species like the sage-grouse for the sake of public lands livestock grazing. It makes no sense.”

“We find it extraordinary that APHIS did not even mention potential impacts to the monarch butterfly in its 2021 Environmental Assessments, nor did they propose excluding milkweed stands from treatment,” said Sharon Selvaggio, Pesticide Program Specialist with The Xerces Society. “This is a species on the brink of extinction. We can’t afford any more losses to monarchs. We need to step back and rethink this.”

The insecticide to be sprayed is an insect growth regulator called diflubenzuron, which kills developing insects by impeding their molt. While the insecticide is meant to kill grasshoppers, any insect that ingests the insecticide could also be harmed, including those that naturally keep grasshoppers in check. Pollinators such as native bees and butterflies have no inherent protection against diflubenzuron and immatures are vulnerable to injury and death if exposed.

Between 700 and 800 species of native bees are estimated to be present within the area. Western monarchs may also use the area for breeding. The western migratory population of the monarch butterfly has undergone a 99.9 percent population decline since the 1980s.