Sustainable Living - Who Counts in America? 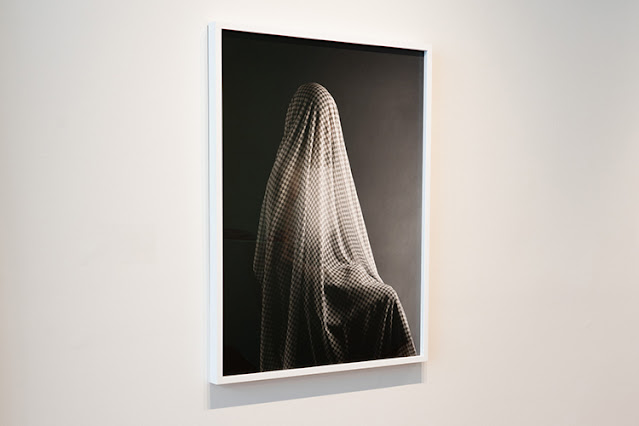 University of Berkeley has held an Exhibition titled "Who Counts in America?" from 6th of Aug to 14th of Aug to highlight the situation of marginalised groups in the US.

Art Practice Professor Stephanie Syjuco said that even though our government has a new administration, it doesn’t mean that our country is suddenly safe for immigrants or other people who don’t fit an exclusionary model of what an American is — middle class and of European ancestry.

At a San Francisco arts nonprofit called Root Division hangs a photo that Stephanie Syjuco took in 2017. It’s a portrait — or what appears to be a portrait — of a person covered in a semi-sheer checkered cloth. It’s titled “Total Transparency Filter (Portrait of N).”

At Berkeley, Syjuco teaches sculpture, photography and social practice classes. This fall, she is teaching a class on zines and alternative publications. (Photo by Kija Lucas). “It’s a portrait of an undocumented student who, at the time, was under direct threat of being detained or deported, based on their documentation status,” said Syjuco.

Syjuco took the photo a year after Donald Trump was elected president. Undocumented students across the U.S. who had been able to attend college as part of Deferred Action for Childhood Arrivals, or DACA, suddenly found themselves and the lives they had built in jeopardy.

Photographing her student, who had recently graduated with an art practice degree, under literal cover, thought Syjuco, would be a way to illustrate the contradictions the young artist was facing in her daily life. On one hand, she had to be hidden and not call attention to herself in order to conceal her undocumented status. On the other hand, she had to stand out and be noticed to start a career and be a productive person in society.

“I wanted to shoot a photo that would both protect her identity and also describe the idea of having been disappeared, or all of a sudden rendered invisible,” said Syjuco.

“Reunite,” by Ronald Rael, chair of Berkeley’s Department of Architecture, and his partner, Virginia San Fratello, is also on display at Root Division. (Photograph by Graham Holoch, courtesy of Root Division).

The portrait is part of I AM…, an exhibition at Root Division curated by independent curator and editor Adrianne Ramsey that features 15 artists, the majority of whom are based in the Bay Area. The exhibited works, said Ramsey, “respond critically to the idea that American identity is complicit and bound to patterns of violence and rampant discrimination.” Ronald Rael, chair of Berkeley’s Department of Architecture, and his partner, Virginia San Fratello, are showing their billboard “Reunite” (2018) there, and several art practice alumni, including Jear Keokham, Reniel Del Rosario and Andrew Wilson, also have works on display.

“These issues are longstanding,” she said, “like racism and the lack of diverse representation in governmental policy and support structures. They didn’t just go away. The xenophobic policies harnessed during the last four years weren’t an anomaly. There are still things that we need to keep speaking against to show the diversity and complexity of who counts in America.”