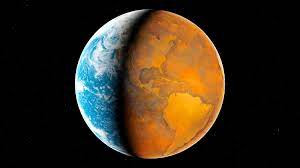 The Intergovernmental Panel on Climate Change’s first Working Group has adopted its contribution to the IPCC’s Sixth Assessment Report. The WG I report assesses the science underpinning climate change and finds many changes are irreversible. The findings are presented in the Working Group’s Summary for Policymakers, which was approved following eleven days of line-by-line negotiations.

About 300 delegates engaged in the approval process leading to the adoption of the WG I SPM. Due to the global pandemic, the 54th session of the IPCC (IPCC-54), and the 14th session of WG I, took place virtually from 26 July-6 August 2021.

The Earth Negotiations Bulletin summary of the meeting calls attention to the SPM warning that, “Global surface temperature will continue to increase until at least 2050 and many of the changes due to past and future greenhouse gas (GHG) emissions are irreversible for centuries to millennia, especially changes in the ocean, ice sheets, and global sea level. From a physical science perspective, limiting human-induced global warming to a specific level requires reaching at least net-zero carbon dioxide (CO2) emissions and strong reductions in other GHG emissions.”

The WG I SPM is part of the IPCC’s Sixth Assessment Report (AR6). It reviews research related to the physical science underpinning past, present and future climate change. The WG I report is the first of three WG reports contributing to AR6. WG II assesses impacts, adaptation, and vulnerability, and WG III assesses mitigation options.

The WG I SPM also indicates that -

As noted in the ENB summary, the next big milestone on the climate agenda is the 26th session of the Conference of the Parties (COP) to the UN Framework Convention on Climate Change (UNFCCC), which is scheduled to take place in November 2021 in Glasgow, Scotland.