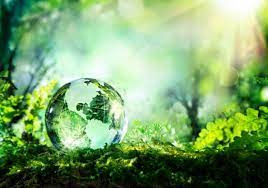 The Centre for Biological Diversity filed a notice of intent to sue the US Fish and Wildlife Service today to seek Endangered Species Act protection for three populations of speckled dace that inhabit desert springs and streams in California’s Death Valley region.

“Our native freshwater fish deserve a break, and Endangered Species Act protections could provide some salvation to the speckled dace,” said Jeff Miller, a senior conservation advocate at the Center. “The Death Valley region is at the epicenter of the mega-drought that’s frying the West, and the speckled dace inhabit fragile desert springs and rivers suffering from the driest year on record. Unsustainable and reckless water-extraction policies piled on top of the drought could drive these unique desert fish to extinction.”

The Center petitioned for Endangered Species Act protection for three populations of speckled dace in the Death Valley region in June 2020. These small, minnow-like fish live in freshwater streams and springs in the desert and dry environments of Amargosa Canyon, Long Valley and Owens Valley, California.

The Service has failed to make required 90-day findings on whether the petition presents substantial information indicating that protecting these three dace populations may be warranted.

More than 80% of California’s native freshwater fishes are in decline, reflecting the degrading quality and quantity of freshwater habitats throughout the state. Thirty-three of the state’s freshwater fish species are formally listed as threatened or endangered, and seven native fish species have gone extinct.

Amargosa Canyon speckled dace live in a short reach of the Amargosa River and one tributary south of Tecopa, California. Suitable stream habitats are under imminent threat of dewatering due to excessive groundwater extraction for agriculture, rural residential development and urbanization, which reduces surface flow in the Amargosa River.

The need for protection of Amargosa Canyon dace was made all the more urgent this spring when an essential portion of riparian habitat along the Willow Creek tributary burned, potentially decimating significant stream reaches for the fish.

The last natural population may have been recently wiped out in Whitmore Hot Springs, since surveys of the springs in 2019 failed to locate any fish. That would leave only one remaining population of Long Valley speckled dace in a managed refuge.

Owens speckled dace could once be found in most of the small streams and springs in the Owens Valley, but groundwater extraction has dried up many springs. Dace persist in a few irrigation ditches but their only remaining natural habitats in Owens Valley are several isolated springs in Fish Slough near Bishop. Further groundwater depletion threatens the springs at Fish Slough.

Other threats to dace in the Death Valley region include habitat alteration for agricultural use, river channelization, vegetation clearing, livestock grazing, off-road vehicles and recreational development of hot spring water sources. Introduced fish, crayfish and bullfrogs prey upon on and compete with speckled dace, and invasive plants such as saltcedar are severely altering spring and riparian habitats along the Amargosa River.

Changes in precipitation, snow and runoff due to climate change will result in reduced stream flows and inadequate aquifer recharge to sustain many of the ephemeral streams and springs that speckled dace rely on in the Death Valley region.