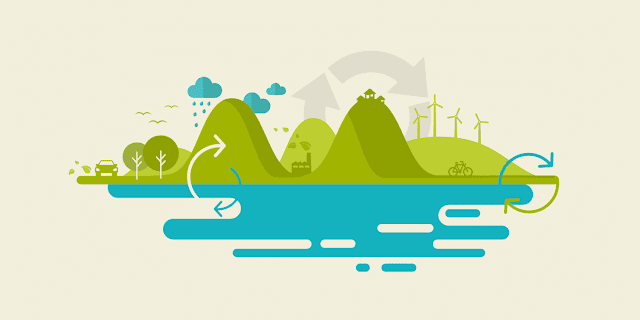 A new column from the Centre for American Progress examines some of the absurd, expensive and counterproductive ways that oil and gas companies are adapting their operations to survive the physical effects of climate change in the landscapes where they drill.

“The oil industry continues to find new ways to operate around rising sea levels, record heat and unprecedented extreme weather disasters in order to keep drilling,” said Sahir Doshi , research assistant for Public Lands at CAP and author of the column. “Yet the industry continues to reject serious climate action. It stands in the way of energy reforms and benefits from government subsidies while proceeding with these destructive drilling practices.”

In the Arctic, for example, increased temperatures are leading oil companies to install artificial chillers to manipulate the temperature around rigs and pipelines to avoid equipment failure. The proposed ConocoPhillips’ Willow project, a planned drilling operation in previously undeveloped tundra habitat, would rely on chillers and other quick fixes to survive the rapid loss of sea ice and permafrost in Alaska. The project was struck down by a federal judge last week due to inadequacies in the environmental reviews during the permitting process, including for failure to account properly for climate change.

“We are confident that a science-based analysis of the Willow project will show that it is incompatible with a safe climate,” Doshi said. “The Biden administration would be correct to reject it outright.”

Similarly, oil companies have a history of lobbying states to build sea walls to protect their facilities from rising sea levels. But seawalls speed up erosion and wear away natural barriers such as corals, harming the environments they’re designed to protect.

Communities should not have to shoulder the costs and risks of these self-destructive fixes that oil and gas companies are using to stay afloat in an economic environment damaged by these destructive operations. The column urges the Biden administration to end subsidies for the oil industry and instead invest resources in a just economic transition, conservation of carbon sinks, and a drastic cut in carbon emissions.