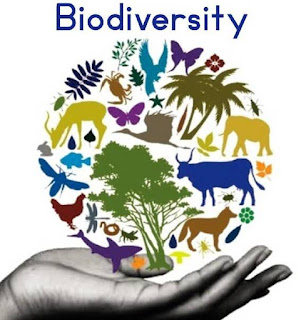 Marking a significant step for wildlife conservation, the Wildlife Corridors Conservation Act along with $400 million for projects to reduce wildlife-vehicle collisions, passed the United States House of Representatives as part of H.R. 3684, the INVEST in America Act. These important provisions will safeguard biodiversity while helping stimulate the U.S. economy, mitigate climate impacts, and reduce highway fatalities.

With one in five species in the U.S. at risk of extinction, biodiversity loss and the disruption of natural wildlife habitats are among the nation’s greatest conservation challenges. Connecting habitats by protecting corridors and building highway crossing structures for wildlife enables species to migrate, access resources for survival, and better adapt to changing landscapes and climate. Indeed, a new report from a biodiversity and climate change workshop co-sponsored by the Intergovernmental Science-Policy Platform on Biodiversity and Ecosystem Services (IPBES) and the Intergovernmental Panel on Climate Change (IPCC) calls for corridors as part of an integrated strategy to address both climate change and biodiversity loss.

The bipartisan Wildlife Corridors Conservation Act was introduced in the last Congress by Representatives Don Beyer (D-VA) and Vern Buchanan (R-FL). The Act accomplishes the following -

“With time running out to protect key iconic species, the House just took decisive action by passing the Wildlife Corridors Conservation Act,” said Representative Don Beyer (D-VA). “Years ago, during my first term, I had the opportunity to meet with one of my heroes, the legendary Dr. E.O. Wilson; his argument for protecting biodiversity and his proposed solutions for doing so were the seed of this legislation. As he pointed out, simply providing wildlife the opportunity to move across lands and waters is one of the simplest and most effective ways to help preserve the many species in the U.S. at risk of extinction due to habitat loss and fragmentation. This is a great day for wildlife protection.”

Wildlife Corridors Gain Popularity Across the US

Connecting wildlife corridors is a conservation strategy that is gaining broad support across the country. In 2021 alone, three states—Florida, Virginia and Colorado —have passed bipartisan legislation to protect wildlife corridors. To date, 14 states have introduced wildlife corridor legislation or issued executive orders, and nine of those states have passed the legislation. While states are initiating wildlife corridor and crossing protection, federal funding and technical assistance is needed to fully to implement these emerging state policies and projects . The INVEST in America Act provides access to significant dollars for landowners, states, federal land managers and tribes to work together to collaboratively protect wildlife.

Reported collisions between motorists and wildlife cause more than 200 human fatalities and over 26,000 injuries each year, at an annual cost to Americans of more than $8 billion. More than one million large animals are killed annually by motorists on US roads - roughly one every 26 seconds. Numerous research studies show that wildlife crossing structures and fencing that guide animals over or under our nation’s highways are highly effective, reducing wildlife-vehicle collisions by up to 97%.

Within the INVEST in America Act is the five-year re-authorisation of the surface transportation bill, which -

"Ensuring safe passage and migration routes for park wildlife is a commonsense and forward-thinking solution, as climate change and habitat loss threatens park wildlife and ecosystems across the United States, said Bart Melton, Wildlife Program Director at National Parks Conservation Association. “From a black bear safely crossing the road at Shenandoah to the 250,000 strong herd of Western Arctic Caribou migrating across the vast tundra at Gates of the Arctic, critical action is needed to protect, restore, and connect habitat and travel routes for national park wildlife. The INVEST Act is a vital next step in collaboratively addressing the challenges facing national park wildlife today and for the long-term."

“Habitat loss and fragmentation are leading drivers of biodiversity loss, fueling a worsening extinction crisis that threatens not only wildlife, but also the health of the critical ecosystems we rely on for our basic needs,” said Kate Wall, Senior Legislative Manager at the International Fund for Animal Welfare. “Wildlife corridors and crossings protect biodiversity by allowing wildlife to move safely in response to ever-changing conditions. These pathways not only help to maintain healthy wildlife populations, they also help protect human health and well-being by preventing collisions, promoting resilient ecosystems, and mitigating climate impacts on native species. We applaud the House for including support for wildlife corridors and crossings in the INVEST Act.”