How to Pay for the Solutions for the Existential Threat to Climate? UN Report 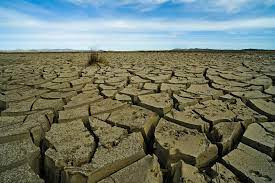 It’s overwhelmingly accepted that climate change is a very significant threat to humanity and while there are countless solutions to tackling what has been described by the UN as the “existential threat” of our times, it is still not fully clear how these solutions will be paid for.

Investments in renewable energy and sustainable infrastructure are growing, however from January 2020 to March 2021, globally, more money was spent on fossil fuels, which when burned create the harmful gasses driving climate change.

Many countries lack the financial resources to make the transition to clean energy and a sustainable way of life that could reverse climate change. The UN says that says that climate finance is the answer because not investing will cost even more in the long-term, but also because there are significant opportunities for investors.

What is Climate Finance?

Broadly speaking , climate finance relates to the money which needs to be spent on a whole range of activities which will contribute to slowing down climate change and which will help the world to reach the target of limiting global warming to an increase of 1.5°C above pre-industrial levels. To reach this goal, the world needs to reduce its greenhouse gas emissions to practically zero by 2050; the phrase net-zero is also heard a lot in the context of financing climate action.

Initiatives that must be financed to reach net-zero include those which reduce emissions of harmful gasses as well as enhancing or protecting the natural solutions which capture those gasses, like forests and the ocean.

The finance also aims to build the resilience of populations most affected by climate change and help them to adapt to changing climatic conditions, measures which in turn will help to reduce warming.

The finance exists and so do the solutions to transition to what the UN calls a green economy. Renewable energy which provides electricity without producing carbon dioxide or other forms of air pollution is a crucial building block for powering sustainable economic growth.

Why is it Important?

With global temperatures rising, along with changing weather patterns, sea-level rise, increases in droughts and floods, the world’s most vulnerable populations are facing ever-increasing risks, food insecurity and have fewer chances to break out of poverty and build better lives.

In fact, the UN estimates that climate change could drive an additional 100 million people into poverty by 2030. Significant financial resources, sound investments and a systematic global approach are needed to address these worrying trends.

So How Much is Needed?

Significant investments are needed and international cooperation is critical. More than a decade ago, developed countries committed to jointly mobilize $100 billion per year by 2020 in support of climate action in developing countries.

It may sound like a lot but compare that to world military expenditure in 2020 which was estimated at just under $2 trillion or $2000 billion or the trillions of dollars spent by developed countries on COVID-related relief for their citizens.

According to an expert report prepared at the request of the UN Secretary-General, the $100bn target is not being met (the latest available data for 2018 is $79bn), even though climate finance is on an “upward trajectory.”

So, there is still a big gap in finance.

Does it make financial sense?

The real question is whether the world can afford not to invest in climate action.

Communities in all parts of the world are already suffering from the financial effects of climate change, be it crop loss due to drought or major damage to infrastructure caused by flooding or other extreme weather.

The UN Special Envoy on Climate Action and Finance, Mark Carney, says the huge amount of investment required represents an opportunity and not a risk, arguing that the benefits that flow from these investments dramatically outweigh any upfront costs.