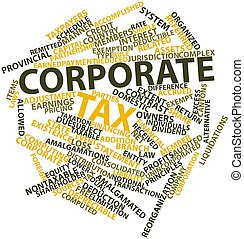 Following the recent G7 endorsement of a global minimum corporation tax rate of at least 15%, questions have intensified on the possible consequences of such a policy. Would it meaningfully achieve its main goal of preventing multinationals from shifting profits to avoid paying taxes where they operate? Will the decision-making body, the nearly 140 countries who make up the OECD/G20 Inclusive Framework, embrace the 15% mark when they meet 30 June to 1 July? And how would developing countries fare with the new global tax floor?

The International Institute for Sustainable Development convened an expert panel to address these questions while connecting policy makers, academics, and activists. The webinar themed, ‘The End of Tax Incentives: What will a global minimum tax mean for developing countries?’ was held 23 June 2021.

Nathalie Bernasconi-Osterwalder, Executive Director, IISD Europe, welcomed attendees and shared additional questions shaping the discussion, including how a global minimum corporate tax would interact with tax stabilization provisions in contracts, and whether this rule would spell the end of tax havens.

Moderator Alexandra Readhead, Lead, Tax and Extractives, IISD, outlined the two main situations where tax revenue could be redirected between countries due to a global minimum corporation tax rate, preventing profit shifting. In the first example, where a subsidiary operating in country X pays less than the proposed 15% rate, its parent company would be forced to pay the difference in country Y where it resides. In the second scenario, where a subsidiary pays for services from its parent company that is subject to a lower tax rate than the minimum in country Y, that revenue could be charged in country X where the subsidiary resides. The rule applied in the first example, the income inclusion rule, is designed to take priority over the rule applied in the second example, the undertaxed payment rule. As a consequence, the reform would tend to generate more direct tax revenue for countries where multinational companies are located.

She also stated that the threshold proposed by the G7 too low, saying, “Many of us are hopeful in the meetings that will be held next week amongst the G20 and the Inclusive Framework to go higher than 15%.” Nevertheless, she called the proposal “a significant step forward.”

Anthony Munanda, International Taxation Expert, African Tax Administration Forum (ATAF), began by emphasizing the caveat that a lot has yet to be finalized, but said a global minimum corporation tax would help in reducing the “race to the bottom” that has characterized countries’ efforts to attract international investment for decades. Having a well-established labor force or significant technical innovations could become alternative lures for international investment, he said. While he stated a global minimum corporation tax generally should increase tax revenues in several developing countries, he noted there were “many moving parts” including tax rule provisions in treaties and higher-than-minimum statutory tax rates in some African countries that could still encourage profit shifting.

Ricardo Martner, Commissioner, Independent Commission for the Reform of International Corporate Taxation (ICRICT), agreed “the devil is in the details” given the exemptions some companies enjoy. He also pointed to the gap between statutory tax rates – which in South America and Latin America are often much higher than 15% – and the effective tax rate which can be much lower, reflecting the actual funds collected from companies. This all points toward the need for greater transparency, he said, as well as reinforcing with policy makers and authorities that World Bank studies have shown no connection between tax holidays and increased foreign investment.

Joy W. Ndubai, Teaching and Research Associate, Institute for Austrian and International Tax Law, noted that investment promotion features as part of free trade agreements and that the global community must understand how trade and investment parameters will respond to a global minimum corporation tax rate. She agreed with Martner on how strongly governments have bought into tax-based incentives as economic drivers, noting as recently as this year, Rwanda reaffirmed its preferential corporate income tax rate of 0% for international companies with headquarters or regional offices in country. She noted Rwanda’s legislation also includes exemptions from value-added tax (VAT) and some exemptions from income tax, pointing to how some countries and multi-national enterprises (MNEs) are shifting their focus from corporation tax to other taxes. She reiterated the need for increased transparency and simplicity in investment regimes, not only to increase investment but to reduce the risk of disputes between investors and countries heading to arbitration.

Thomas Lassourd, Senior Policy Advisor, Tax and Extractives, IISD, said there likely will not be an immediate direct benefit for developing countries, but they might benefit indirectly because of less tax competition with other states. He suggested that developing countries could institute a domestic minimum tax to match the global rate, helping avoid the situation where tax revenue is topped up in countries where MNEs maintain their headquarters. He added many countries have contracts and concessional agreements that often contain stabilization provisions to prevent governments from changing the rules, emphasizing that the Inclusive Framework should weigh in on providing countries a chance to revise these agreements to reflect any new global minimum corporation tax rate. He also noted a point several other panelists raised: there is a clear need to partially harmonize how countries calculate a company’s tax base while respecting sovereignty and regional contexts.