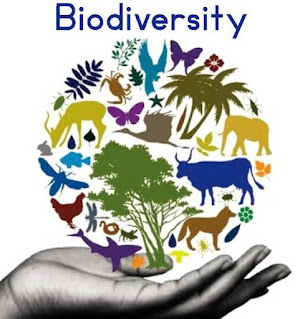 Nine members of Congress led by Reps Marie Newman (D-Ill.) and Chuy García (D-Ill.) today introduced the Extinction Crisis Emergency Act, which would direct President Biden to declare the global wildlife extinction crisis a national emergency. The legislation would spur action across the entire federal government to stem the loss of animals and plants in the United States and around the world.

The legislation directs the US Fish and Wildlife Service and the National Marine Fisheries Service to rapidly review all species that have been identified by scientists as imperiled and then protect them under the Endangered Species Act. It also directs all federal agencies to prioritize rebuilding healthy wildlife populations, protect critical habitat and fully integrate climate change concerns into the conservation and recovery of endangered species.

“The unraveling of the natural world all around us is a threat to humanity’s survival, and it’s time we treated this like the emergency it is,” said Stephanie Kurose, a senior policy specialist at the Center for Biological Diversity. “This legislation represents the bold, visionary action that’s needed right now to tackle the extinction crisis.”

Federal agencies would also be directed to crack down on the global wildlife trade by imposing sanctions on any nation that fails to adequately address illegal trade or deforestation.

The bill would also require the establishment of new national wildlife refuges and marine protected areas to protect declining wildlife. Doing so would help further President Biden’s goal of protecting 30% of the nation’s lands and waters by 2030.

“The president has many tools at his disposal to halt the extinction crisis, but he needs to use them,” said Kurose. “We’re thrilled that Reps. Newman and García have introduced legislation to protect healthy ecosystems and thriving wildlife populations, which provide essential services like water purification, pollination and disease regulation.”

Scientists have sounded the alarm that 1 million animal and plant species are at risk of extinction in the coming decades unless urgent action is taken. One-third of America’s species are vulnerable to extinction, and thousands of species nationwide are in need of conservation action.

Around 650 U.S. plants and animals have already been lost to extinction. Some of the plants and animals that have been deemed extinct in the United States since 2000 include: the rockland grass skipper and Zestos skipper butterflies from Florida; the Tacoma pocket gopher; the chucky madtom, a small catfish from Tennessee; the wildflower Appalachian Barbara’s buttons; and the Po'ouli, a songbird from Maui.

Since the passage of the National Emergencies Act in 1976, every president has used these emergency powers and declared at least one national emergency.

The Center for Biological Diversity is a national, nonprofit conservation organization with more than 1.7 million members and online activists dedicated to the protection of endangered species and wild places.