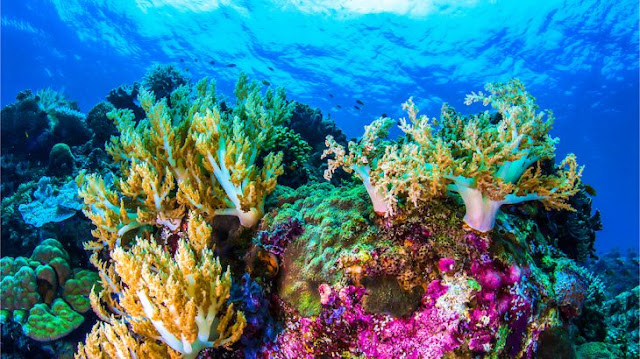 A United Nations body is recommending that Australia’s Great Barrier Reef be included on a list of world heritage in danger, according to a draft report issued on Monday, a move which has been heavily criticized by the Australian Government.

The World Heritage Committee, convened under the UN Educational, Scientific and Cultural Organization (UNESCO), said the country has not done enough to protect the world’s largest coral reef system from the impacts of climate change.

Despite commitments and progress under a long-term sustainability plan known as Reef 2050, the Great Barrier Reef continues to deteriorate, according to the report, and has suffered significant coral bleaching over the past five years.

“It can be concluded that, despite many positive achievements by the State Party, progress has been insufficient in meeting key targets of the Reef 2050 Plan,” the draft report said.

The UN committee consists of representatives from 21 countries and its next meeting will be held virtually from China in July. “The Plan requires stronger and clearer commitments, in particular towards urgently countering the effects of climate change, but also towards accelerating water quality improvement and land management measures,” the report continued.

“The widespread effects of the consecutive coral bleaching events further add to the significant concerns regarding the future of the property.” As the reef “is facing ascertained danger”, the report calls for inscribing it on the on the List of World Heritage in Danger.

Australia will challenge the proposed recommendation, according to a statement published on Tuesday on the website of the country’s Environment Minister, Sussan Ley.

It said authorities “have been stunned by a back flip on previous assurances from UN officials that the Reef would not face such a recommendation prior to the UNESCO World Heritage Committee meeting hosted by China in July, and are concerned about a deviation from normal process in assessing World Heritage Property Conservation status.”

Ley said that the draft decision had been made on the basis of a desk top review and without adequate consultation.

“The Great Barrier Reef is the best managed reef in the world and this draft recommendation has been made without examining the Reef first hand, and without the latest information,” she said.