As 3rd Corona Wave is About to Begin, UN Chief Advocates the Availability of Vaccine for All 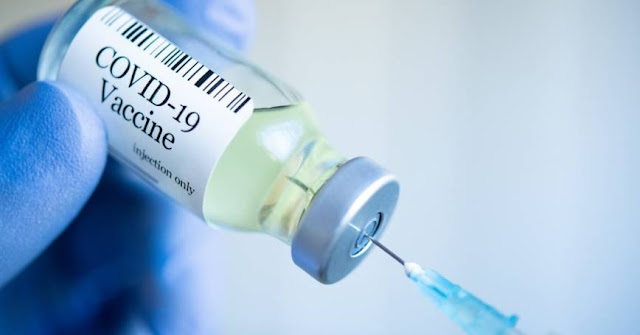 The Maharashtra government has cautioned that the 3rd wave of Corona is about to begin in 2-4 weeks and will be more deadly than the 2nd wave. It said that more than 8 lakh cases are likely to occur in India alone and 10% of them will be children. It further said that the Indian government has made efforts to procure 42 Crore doses of vaccine by August-September. The cause of deadliness of 3rd wave is said to be Delta Plus variant.

It should be noted that 42 Crore doses correspond to 21 Crore people, which is less than 25% of the 1.4 Billion population of India. Besides, it requires large amount of medical infrastructure for the ill people.

In these circumstances, the statement of the UN Secretary General is of importance. Speaking via videolink in London, Secretary-General António Guterres said there was no other way of defeating a virus that spreads across developing countries “like wildfire” and risks mutating, other than through equitable, mass vaccination, adding that shots need to be “available and affordable to all.”

“That is not only a matter of fairness and justice but it's also a question of efficiency”, he said, pointing out that mutations “abide by Darwin’s laws of evolution” – meaning that the worst viruses tend to survive, multiply and eventually disable the vaccines.

Vaccination programmes so far, have been “unequal and very unfair”, the UN chief said.

Guterres said he was encouraged by the announcement made ahead of the G7, by the International Monetary Fund together with the World Bank, World Health Organisation and World Trade Organisation, regarding a $50 billion programme to support vaccination delivery in developing countries.

He was also heartened by the recent announcements of the United States and United Kingdom to donate more than half a billion doses to nations least able to afford them. Guterres welcomed UK Prime Minister Boris Johnson’s announcement that he expects the G7 to provide a billion pledged doses by the end of the summit.

At War with the Virus

“We are at war” with the Corona virus, he said, that continues to cause “tremendous suffering” and destroy the global economy. To defeat the virus, we must “boost our weapons,” he added, calling for a “global vaccination plan.”

The Secretary-General spoke of his proposal for vaccine-producing countries to come together in an emergency task force supported by, the vaccine alliance GAVI and international financial institutions to define and implement a plan.

“We need really those who have the power…to organise an effective response to COVID and the only way to be effective…is guaranteeing that everybody will be vaccinated sooner rather than later,, he said.

The UN chief said climate action was his other priority for the first in-person G7 meeting since the pandemic began, as the world’s average temperature continues to rise, almost to the point where the international scientific community says is “the limit” to avoid “catastrophic developments.”

“To a certain extent, we are on the verge of the abyss and…we need to make sure that the next step is in the right direction”, he said calling on the G7 to create a global net zero coalition for 2050; to support adaptation for the resilience of populations and societies; and to finance developing countries so they may target mitigation and address the climate change impacts already upon them.

In closing, the Secretary-General expressed hope that the G7 meeting “will help pave the way for new and important decisions in the future.”

“I think it is absolutely essential to guarantee that” through the COP 26 [UN climate conference] in Glasgow, he said, warning that it may prove to be “the last opportunity” to make the right decisions.